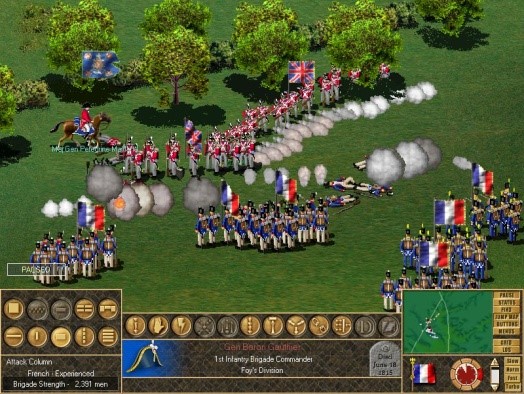 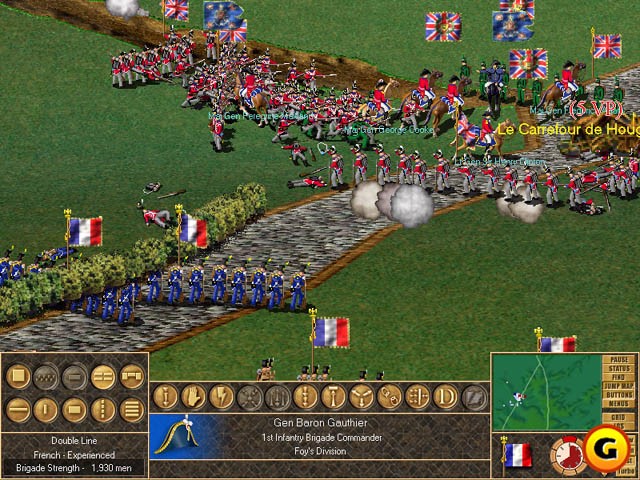 What is Waterloo: Napoleon’s Last Battle?

Nearly 190,000 soldiers fought in one of the most decisive battles in the history of Europe on June 18, 1815… now it’s your turn to take command!

Waterloo: Napoleon’s Last Battle was published in 2001 by Strategy First, Inc. Based on Sid Meier’s Gettysburg Engine, W:NLB captures the excitement of the early 19th century battle with all the color, pomp, and pageantry of the Napoleonic era. Take command of Napoleon’s troops or Wellington’s army and change history in this epic game. Waterloo accurately depicts Napoleonic warfare in one of the most famous battles of all time.

W:NLB is an historical wargame for the PC. The player commands either the French army against the combined allied force of the British and the Prussians, or plays as the allied force in a desperate attempt to destroy the French Emperor’s army once and for all.

“…it is the best computer game on Napoleon yet.”   –Wargamer.com