By applying entertainment game software, design approaches and technology to simulation BreakAway is leading the effort to use game-based concepts to change the way we learn, communicate, teach, and train.

Founded in 1998, BreakAway has established itself as an industry leading game company through a broad range of projects for customers in the entertainment industry as well as in developing “serious games” for numerous government and commercial clients. BreakAway solves real-world problems with a game-based approach grounded in learning theory, human factors and cognitive engineering.

BreakAway is an early pioneer of the “serious games” movement and has earned a position of respect among peers and customers. Our leadership have shaped the serious games industry and led the charge that convinced people that game technology has the power to transform daily activities. The driving force underlying BreakAway’s uniqueness as a company is the application of game design expertise, development technologies, and user interface mechanisms to serious, real-world purposes. With a management team and staff rooted in the entertainment games business we approach design and development challenges with a novelty beyond the imagination of most software developers. 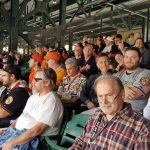 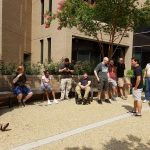 If you are interested in being part of a growing, talented group of people creating next-generation entertainment software and innovative real-world simulation products, check out our careers page.